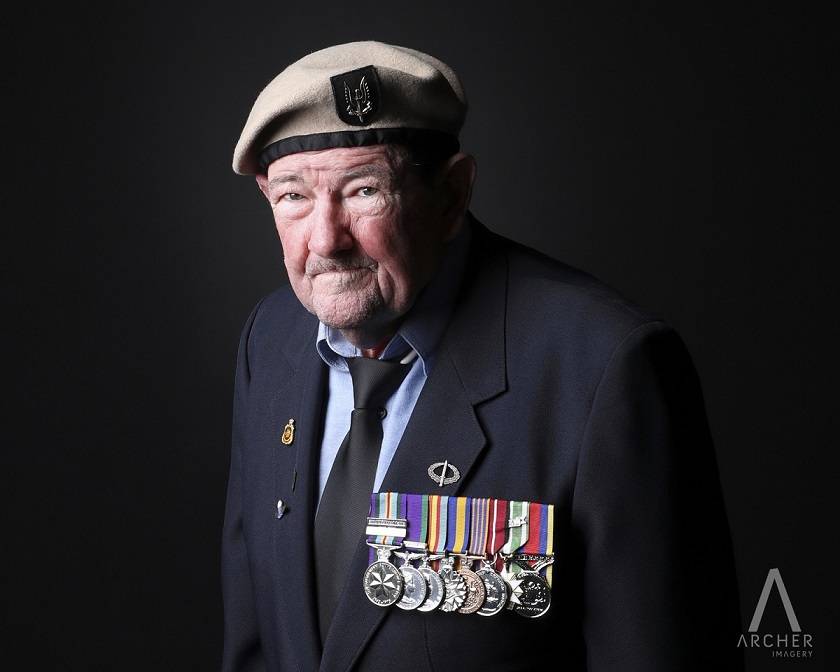 As I write this, today marks 2 weeks to the day since my Father passed away. Losing a loved one is hard and nursing a loved one in their final days or hours is even harder. Everyone responds differently to a loved one’s passing, there’s no right or wrong and there’s no one way to grieve. However, lots of us feel like we are going to implode as the waves of grief rise within us. Because this wave offers us a release it’s often followed by a calm feeling. This can be confronting and confusing, in my experience what I have learnt is to not judge it, just go with it, allow the feelings to rise and fall. Be gentle and patient with yourself and your loved ones.

Dads passing for us as a family was heartbreaking, and exhausting. He was in his end of life stage for three days. When Dad took his final breaths, it was the most beautiful, profound, peaceful and spiritual thing I’ve ever experienced.

I’ve written and spoken about Dads journey with dementia previously, when a loved on has dementia your grieving process is much longer. I felt very emotional and not myself for the month before dad passed away. I wasn’t sure why but I found myself thinking of him often, wanting to spend more time with him and telling him I loved him. I experienced a new level of grief that, at the time, I didn’t understand.

The afternoon Mum called me to tell me Dad wasn’t well, she said the nursing staff weren’t of the opinion that Dad would pass that weekend. I felt differently, we all did. We intuitively knew it was time to gather as a family to support each other and spend our last precious moments with Dad.

We’re fortunate to have an incredibly supportive immediate and extended family. When we made the calls to family they traveled from near and far to say goodbye. This was both heartwarming and challenging for us. We had one day where for 12 hours there were family members and care staff coming and going from Dad’s room to pay him respects and express their love for him. My sister Leah and I made an executive decision that we wanted no more visitors the following day and asked all family to allow us the space we desperately needed. We also did this after Dad passed with calls and visits, some extended family were a little upset by this, but after 4 days of no sleep, overwhelming feelings of grief and a funeral to arrange we decided it was a time to do what was best for us.

Dads passing was just as wickedly unique as him, we sang Me & Bobby McGee and Help Me Make It Through The Night to him and played some of his favourite Kevin Bloody Wilson tracks until about 4.00 am. He passed away beautifully and peacefully on Monday morning 21/5/18 fittingly at 0500 hours “Stand to”. Dad was an SAS soldier who served in the Vietnam war, one of his best mates told me how he and Dad prepared to go on Army patrols at 0500 hours when they were on their tours of duty.

After we sang and played music for Dad, Mum was exhausted, I told her I’d sit with Dad so she could sleep in the armchair beside him. I placed his left hand on my right forearm and held his face with both of my hands. I spoke lovingly and gently to him, telling him how much he meant to us, what a great job he had done as a Father, Grandfather, Brother, Uncle and Mentor to many and how many lives he had touched. I assured him that Leah and I would take care of Mum. That he was safe, his work was done and it was all going to be OK. Dads breathing started to change, I could see his eyes starting to slightly open and just went with it, he started to respond in a relaxed, comforted way. The closest thing I can use to describe it was like a baby cooing in response to being spoken to. My partner Sunny sensed Dad was passing and told my Auntie Desley to wake Mum up so she could be with him as he passed. Mum and I kept talking to him as he took his final few breaths. At first I felt guilty that mum wasn’t standing in my position, until I read choosing the moment to go on page 27 of Nearing the end of life. It’s a fantastic article with plenty of useful information to help you to make sense of the myriad of emotions you experience.

As Dad passed I felt something incredible leave him and pass over to me, it was a feeling of being completely and totally wrapped in love, grounded strength and peace within. When he passed it was as if all his burdens left with his last breath, his skin was clear and smooth, he had a slight smile and looked like the happiest man in the universe. I spoke to my Auntie Desley and Leah about how I felt, they both felt it too. That feeling combined with how beautiful he looked provides us immense comfort as the waves of grief rise within us.

The week after Dads passing was busy preparing for his funeral arrangements. The date ironically fell one month to the date after his final Anzac Parade.

The following week I planned to get back into my regular routine but as it approached I realised I wasn’t ready, my heart and body ached, I felt raw. Leah described the feeling perfectly, we felt heavy chested and like we were walking through thick fog. So, we gave ourselves permission to just be, to spend quality time with each other, to sleep in if we wanted to and to just be gentle on ourselves. I took great comfort in hanging out at Mum’s. I knew it was time to move on about 10 days after dad passed away, I didn’t want to but felt it was time. Leaving Mums that morning was difficult The journey of rebuilding your life after the loss of a loved one can be challenging, it’s important to know when to be gentle on yourself and when to give yourself the gentle nudge you know you need to take.

My cousin Brendan eloquently said in his speech at Dads service that the Ancient Egyptians believe you die twice. Once when you stop breathing and the second time when somebody mentions your name for the last time. My father’s name is Ian Ronald Ramsay, may his life and memory live on within our family,  the lives he touched, the country he served for and his name be spoken of fondly always.